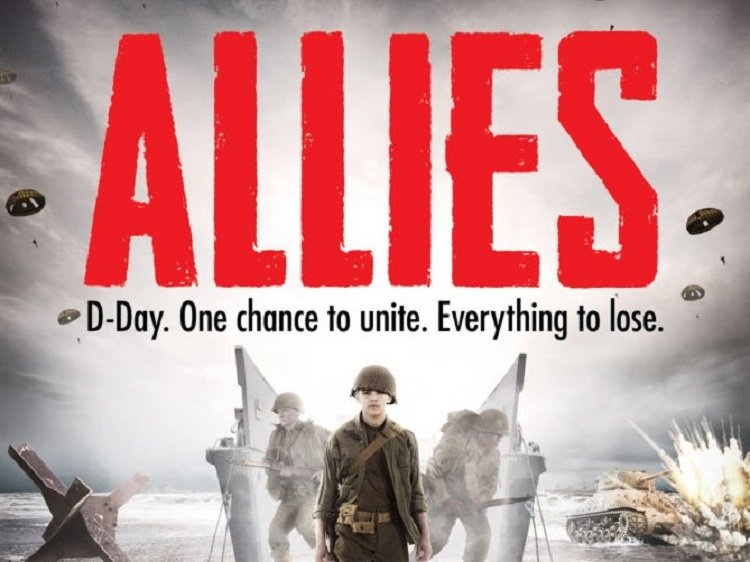 Nearly 160,000 troops crossed the English Channel to invade German-occupied France, most of them from the United States, the United Kingdom, and Canada. Thousands more in France fought the Nazis at home. It was a day of unprecedented unity and cooperation.

But many people played heroic roles on D-Day only to return to lives after the war filled with prejudice, segregation, and injustice.

Algerian Muslim soldiers fought in the French Resistance and the Free French Army, only to have to wage a bloody war for independence after the war.

Jewish soldiers fighting for the liberation of concentration camps dealt with anti-Semitism among the very men who fought alongside them.

African American soldiers fought on the beaches at D-Day but remained segregated from white soldiers throughout the war and returned home to find German prisoners of war treated better than they were in their hometowns.

Their stories and others are told in Allies, a novel that, like D-Day itself, proves we are stronger together.

Together, students will collaborate across both language arts and history to look at the global scope, outcome, and human costs of war.

The class will be a combination of reading comprehension, history, discussion, lecture, writing, and projects (timeline and map).

BECAUSE OF THE NATURE OF THE TOPIC, STUDENTS ARE NOT ALLOWED TO READ AHEAD OF THE CLASS.

Students will receive approximately two to two and a half hours of homework weekly in the form of reading, keeping an interactive notebook and writing (informal journaling).

Ninth graders can be awarded .5 (1/2 year) English or Elective credit.