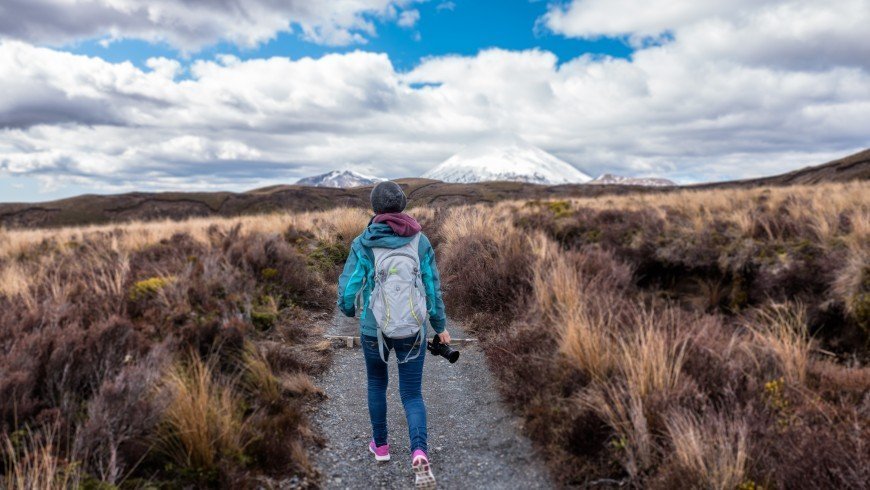 When my daughter was a senior in high school, my husband and I strongly encouraged her to take a GAP year. By choice, she had a demanding four years in high school. She chose to take eleven (yes – 11) AP classes. She pushed herself academically to places I never dreamed of. And after four years of it, I was tired. Yes – me. She wasn’t. She was ready for the next adventure; however, I was truly afraid she would burn out. Yes, she applied to many amazing colleges and had nice choices. During the entire process, we introduced and encouraged her to take a year off. Volunteer. Travel. Explore the world. We knew that she would be entering a world of academia after that would continue for approximately ten more years through her Ph.D; therefore, we felt this was her chance. Unfortunately, her choice was to continue onto college immediately as she felt she would be behind. I asked her, “Behind what?” She really couldn’t answer; however, her mind was made up to enter college the fall after graduation as a freshman member of the class of 2018. With all this said, in her situation, I am pleased to say that she has done more traveling around the USA than I have done. Every summer, she has had internships and opted to drive cross country. During her drive, she plotted out stops at unique places and explored the country. During internships, she took advantage of the corner of the world she was in and enjoyed the area to the fullest. And throughout her four years as an undergrad, she participated in competitions and events in her industry throughout the country. Maybe it wasn’t the “traveling” that I wanted her to do; however, it has satisfied her needs. And yes, this year, immediately after graduating with her Bachelor’s in aerospace engineering, she is beginning her Ph.D at the University of Colorado.

While she was doing her undergraduate degree, with her blessings, my husband and I relocated to Israel.   In Israel, every single 18-year-old, boy or girl, does either service in the Israel Defense Forces (IDF) or a year of service.   The choice is determined by their personal religious choices and what they are capable of doing. But, no one begins college at 18.   After either their (up to) three years in the IDF or one-year volunteering of service, many Israelis travel. They go backpacking to locations far from home, across Central and South America, or Southeast Asia and the Indian subcontinent. It is common for them to take time off. By the time they return, they are approximately 22 or 23 years old and only then do they begin working on their undergraduate degree. During their time in the IDF, or their year of service, they specialize in the field they might want to study further in college. Basically, they gain some hands-on experience to see if they like it.   And when they begin college, it is much more intense because these young adults are mature and ready.

Am I the only parent out there in Parentville that wishes the United States would do something similar to Israel.  Maybe not required service in the Armed Forces; however, a year of volunteering. In Israel, volunteers can be found in every single museum, offices in various municipalities, schools, preschools, daycares and so much more.  My idea is that this year of volunteering is a place in-between high school and college where kids could go when they’re not quite sure what they wanna be when they grow up!

Students would be exposed to a medley of professions.  I don’t know about you, but I’ve always felt like it’s a huuuuugggggeeeee stretch to assume that our seventeen or eighteen-year-old kids have their future all figured out in time to pick their fall classes for freshman year.   Maybe my daughter knew; however, she is in the minority. It is just not realistic for most 18 years old’s. Whenever I’ve really thought about it, it amazes me how, as a teenager with such a limited cache of knowledge and experience any of us could truly know for absolute certain what career path we want to follow as an adult.

College is just too expensive to “try things out” and “figure out what you want to do”.   According to Dr. Fritz Grupe, founders of MyMajors.com, “Eighty percent of college-bound students have yet to choose a major.  But they are still expected to pick schools, apply and start degree programs without knowing where they want to end up. It is little wonder 50% of those who declare a major, change majors – with many doing so two and three times during their college years.”   That is staggering. Eighty percent. With the price tag of colleges, unless you come from an independently wealthy family, this is an absolute waste of money.

I mean, sure some students, like my daughter, know what they want to do, move forward and do not look back; however, in today’s world that is not the norm.   That is why I truly love what Israel does. It simply makes sense. It is a sabbatical from school. It allows the 18-year old to not only serve their country in some way, but to try a handful of potential career options and do some traveling before they head off to college to commit to one discipline.  Logically, doesn’t this make sense.

Yes, this would take work and organization from our country.

Yes, Israel is the size of New Jersey and the United States is (obviously) not.

But, giving time to the country offers the youth in Israel time in a variety of fields for a finite amount of time providing them not only with pride for their country but a basic sense of what a job in that field could potentially look and feel like.  What I am talking about is a gap year that is designed to let our kids prepare themselves, so they can maturely consider the benefits of higher education. I am not talking about a year for students to “do nothing” or to “randomly find themselves.” I am suggesting a series of internships, for lack of a better word, in their potential fields of study, so they can really see first hand what a career in education, engineering, law or nursing is like from the inside, and not only from a lecture hall. Perhaps, if the United States did this correctly, students can get a semester’s worth of “life credits” in the field they were planning to pursue. In Israel, undergraduate studies, is typically two and a half to three years (at the most) because of their time in service.

In the perfect world, this could be privately funded by different industries (Can we say tax break?), who are represented as a way of incentivizing incoming students to try their track of study.   Yes, there would be logistics to figure out; however, in the end it would save our students a tremendous amount of debt and time wasted. In addition, when they enter college, they have seen a bit more of adult life, and perhaps will take college more seriously.  Perhaps less partying and more studying. Put it this way, at this point, with college prices increasing to a staggering amount, this would certainly streamline the process.

No… I Don’t Get It All Done

A Novel Idea – Teaching With Literature

The Best Time of the Year