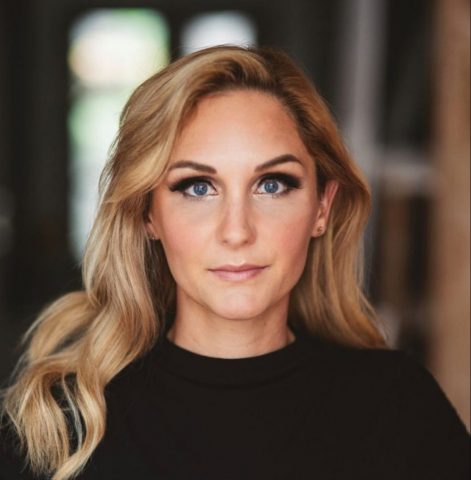 Tricia Arden Caldwell is a bilingual BA graduate of Creative Writing, Literature & Music from the University of Manitoba. She has won several classical singing competitions and has additionally graduated with honors from the Royal Conservatory of Music.

In high school and university, she appeared in a number of star roles, including the musicals Grease, Showboat, Godspell, and The Snow Queen. Tricia is also very involved in the English language artistic community of Quebec with roles such as Kara, a lead role in the original musical What If? and Jenny Hill in Big Fish, presented by Bravi Productions. Tricia is also part of the Artbeat Theatre Group and marketing team as Musical Director.

Entrepreneur and singing teacher for 17 years now, Tricia continues to expand her competencies. She is a graduate of the teacher’s program from Kindermusik International, a globally recognized American Early Childhood Music Education program for children 0-7 years old. Originally from Manitoba, Tricia has published poems in several books and journals across the Prairies. She has presented essays and literary creations at the Manitoban Symposium of Literature and at the University of Regina’s annual literary and cultural conference: Trash Talkin’. A former Manitoba Arts Council undergraduate writing grant recipient, she has a boundless creative spirit.

In 2015, Tricia co-produced, with her dear colleague Marc Parent, the album Tunes for Tots for babies and preschoolers. It is an album of English-speaking folk music which serves as an educational tool.

In 2017, Tricia collaborated with illustrator Manuella Côté to publish the book What Would You Do If a Friend at You?. It is a sweet, simple poem about a young child victimized by bullying. Follow his adventure, during which he finds the courage to prove himself stronger than his adversaries! Your young child will simply love this little story! It has since been put to song through an original composition and even translated into French!

In 2019, Tricia began composing her first musical for teens. The story chronicles the adventures of a young girl, Lisa, named in honor of Tricia’s late aunt. Following tragic events, Lisa finds herself transported into a magical Canadian winter forest. As she goes through her quest, she meets several uniquely Canadian animals that guide her out of the forest and back home. This coming of age story plays with the concepts of logic and literary absurdity. The solemn and triumphant songs evoke the melodies of natural Canadian heritage while playing on the tender idea that you are never quite alone when walking in the dark.

In 2020, Tricia began a Master’s Degree in Composition at Université Laval.

Tricia lives in Quebec, Canada and is the mother of four energetic, homeschooled boys!