I probably wouldn’t be too far off the mark if I posit here that most homeschoolers, much less most people in general, are unfamiliar with the term ‘pareve’.  As for those who may have a passing familiarity with the term, they might find the use of the word with regard to homeschooling as somewhat unusual, at the very least. After all, the dictionary definition for ‘pareve’ is generally accepted as a product which is made from inherently kosher or kosher certified ingredients that are neither meat, nor dairy. These can include foods made with fruit, vegetables, grains, and even eggs and fish. My guess is that the non-sectarian word for this concept would be, what, “ovo-pescatarian”? In any case, what in the world does this have to do with homeschooling, much less education? Bear with me for a moment, and I think that the point will soon make itself clear.

This article isn’t meant to be a full-fledged discussion of kashrut (the Jewish dietary laws) – but there is one main point addressed in those practices which I do find relevant. That is the concept of pareve. The dietary laws basically separate food into three main groups: dairy, meat, and pareve. Mixing or combining meat and dairy in the same meal, or even the same food, is considered a serious no-no,  to the point that one needs to use separate utensils, dishes, pots, pans, etc. in their kitchen. (Personal disclosure: in our kitchen, we have three drawers of the above, with each drawer containing utensils with different colored handles for easy identification – red for meat, blue for dairy, and green for pareve).

Now, the thing is – I can’t serve meat and milk together, but I can combine meat and pareve foods together. Same goes for dairy and pareve foods. There are no issues with serving pareve potato chips with either a grilled cheese sandwich, or a bowl of beef stew. In other words, pareve is the ‘neutral zone’ of kosher cuisine. A culinary Switzerland, if you will (but without the cheese or milk chocolate, sadly).

And here is where this all finally ties into homeschooling… the homeschooling world is diverse, with families coming from all different kinds of backgrounds – but it is fair to state that it is also a somewhat polarized one. Basically, the homeschoolers I’ve encountered can be broken down into two major groups: “faith-based” (with “faith” generally understood by most to be some variety of Christian belief) and “secular.” Like the meat and dairy dishes I described above, the general rule I’ve come to learn is that these two groups don’t mix when it comes to education or curriculum. Spend a few moments perusing through discussion topics on various online forums posted by members of each group, and you’ll see what I mean. This particular divide, like so many others, is all too apparent.

This is why we think that Open Tent Academy is poised to offer a truly ‘pareve’ solution – a learning environment where homeschoolers from both camps can find common ground. Our educational mission is to provide our families with a wide variety of course offerings, all within the framework of an approach that focuses on building bridges across the divide. Even our name, Open Tent, is meant to reflect this welcoming approach; our own ‘open tent’ is presented to all as a metaphor for keeping an open mind.

In an age where many folks are finding themselves increasingly polarized and divided, it’s important to remember that there is room for another approach to homeschooling education that can only benefit learners. 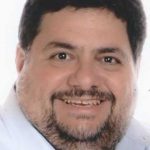 Professionally, Jonathan has worked as a technical consultant, managing enterprise software implementation projects for companies such as AT&T, Boeing, Discovery, Honda, Nestle, and several Federal agencies across the United States, and also worked on projects in Canada, Israel, and Mexico. He also has developed curricula for corporate training, and led sessions as an instructor on many occasions. Today, he resides with Eva in a small town outside of Jerusalem. Jonathan has three children, all of whom were homeschooled at one time or another. In his spare time, he loves traveling, reading, photography, analyzing politics, NCAA college football (Go Canes!), and cinema.